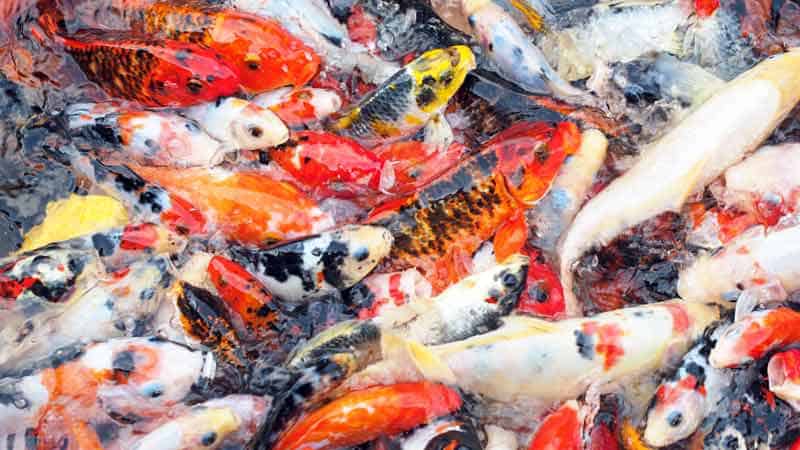 Unless you have been living under a rock – pond rock, at that – then surely you can’t have missed the recent global commotion around aquaponic gardens. Trending on YouTube and taking Reddit by storm, it’s the new ‘buzz’ in eco-farming along with fast becoming a highly desirable hobby for millennials and their ilk.

In actual fact, hydroponics (the practice of growing plants in nutrient solutions without using artificial medium) and close cousin aquaponics (a similar practice but using fish raised waters) have both been around for centuries. The recent growing interest in natural farming and eco mindfulness has brought them both back into public interest – and in a big way!

In case you really have missed the ‘ponics movement and you’re here reading this article to be further enlightened, I’ll take a moment here to fill you in on what you’ve been missing out on so far.

Hydroponics is the technique of growing plant life in nutrient solutions that contain water and fertilizers. Hydroponically grown plants aren’t borne from soil medium, as is traditional, and absorb the food they need to grow from the solution provided for them, by means of the hydroponic growing system.

A literary hybrid of ‘aqua’ (in context, meaning the raising of fish in a controlled environment) and the Latin ‘ponics’ (meaning ‘to work’, which in this case refers to growth within soil-less media) aquaponics is a system of using natural by-products of fish to grow plants.

Taking a closer look at the role of fish in aquaponics.

Essentially, fish eat and produce ammonia, which converts into nutrients. The plants above the tank – via an installed system – absorb the natural fertilizer produced by the fish. Water is continuously recirculated through the system, which implicates a constant source of nutrients for plant life. There are a variety of ways of doing this, but the method is the same regardless of system style.

But then here arrives the ethical question that seems to be plaguing many vegans – is it a genuine cruelty-free practice?

Before one can really decide a particular stance on what is or isn’t vegan, the term itself needs to be defined. The opinion is somewhat divided regarding what really ‘counts’ as veganism in the first place which implicates some confusion when applied to aquaponic gardens specifically.

A key example that’s comparable to fish keeping – although we’ll come back to that shortly – would be the keeping chickens in a home or small scale domestic environment. Some would say that doing so is against the ethical practice, as eating the eggs of hens exploits them.

Having chickens in the first place is usually for human pleasure alone which may not be seen as vegan behavior. However, others would say that keeping chickens in a caring environment where they are able to thrive is the true opposite of any type of animal cruelty. Herein, lies the debate.

For some, veganism is simply and specifically identified as the practice of avoiding cruelty of any kind to any living being on our Earth. This naturally includes exploitation of any kind, including for-profit or for entertainment purposes. It is the avoidance of animal harm, in any form.

There are vegans who would say that keeping and caring for animals at home without taking natural products from them is undoubtedly a vegan lifestyle. Others, also identifying as vegans, argue that keeping animals of any kind as pets is human benefitting behavior and not in the best interest of animals. Therefore, from this particular perspective, it would not be deemed a truly vegan activity.

So – what about in the case of fish, in the case of aquaponic garden development? There are definite ethical questions that are implicated here. The most weighty is rooted in examining the wellbeing of the fish involved to make the systems work. What of their wellbeing?

When it comes to keeping fish in a domestic environment the waters – excuse the pun – of vegan definition become decidedly murky. If you personally feel that all living creatures deserve to live in their natural environments, then this should surely apply to aquatic beings also. But if you are a vegan that doesn’t believe in consuming animal products, but that does believe that cruelty-free domestic pet-keeping is acceptable, then keeping fish would in this case not be a problem.

It comes down to personal definition, as with any consumer choice. But when taking such choices, it’s important to become familiar with the facts.

The positives of aquaponic gardens are very clear. Aquaponics uses up to 90% less water than conventional farming methods, for a start. They are energy efficient, requiring only a third of other traditional and comparable production systems. They can produce large amounts of vegetation in a short time while remaining a ‘sustainable’ method of doing so.

Looking at things from an ecological perspective alone, the reduced use of landmass for the growth of food for human consumption is undeniably valuable. Huge yields of edible vegetation from such small spaces are a fresh and very needed development when we are causing such damage to our Earth from current farming practices.

Whether we look at aquaponics from a large scale commercial viewpoint or more closely to home (which is more the focus of this article) the facts are undoubtedly persuasive. But what is the true cost of these systems to the fish themselves, and where does animal welfare fit into all of this?

First of all, fish need space to thrive. Containing fish of any kind into a tank space where they do not have the same amount of space that they would enjoy in their natural environments is not beneficial for the fish. Containing them in aerated, few-too-many gallon tanks isn’t natural to them, nor is it necessarily cruelty-free.

Some aquatics practitioners and experts disagree with the claim that fish used in aquaponic garden systems suffer necessarily if conditions are of high-quality care. In their opinion, they feel they are potentially ‘better off’ in such environments than those raised on fish farms or indeed in the wild where manmade toxins are damaging what once would have been their homes. Of course, many feel this is not an argument of strong resolution for obvious reasons.

Is aquaponics a step forward for sustainable food – or should it be considered alongside the horrors of industrial bovine or chicken farming?

This answer to this might depend somewhat on the conditions within which the fish (often goldfish, in-home domestic systems) are kept. The fish can actually be sucked up accidentally into the system, damaging or killing them. This in itself, of course, is undeniable cruelty, no matter which angle of veganism you’re coming from.

Furthermore, the facts of the damage and stress that tank overcrowding can cause to fish is a very valid one. It does depend on which expert opinion you adhere to, but keeping living creatures in a confined space of any kind is never going to be a completely natural behavior.

The underlying facts of all of this are that aquaponic gardens are ultimately for human use, enjoyment and benefit. They exist purely to provide plants that we can eat and enjoy. The systems are designed with human benefit in mind. Is this not the beginning motivation of any animal cruelty practice in the history of our time?

Aquaponic gardens certainly do offer the world an incredibly powerful option for solving the significant harm caused by large scale farming. On a smaller scale, in-home environments, they offer us a green-fingered hobby and a pleasant pastime from which we can grow our own produce; produce that we may not otherwise have access to, in some cases.

We all make choices every day as to what we eat, when, and where. The choice to install and make use of an aquaponics system is a personal choice.

Let’s just not forget that we have very human liberty of choice. We are able to make personal choices every day about where we live, what we eat, and how we go about doing so. As primates and food chain kings, we are often the ones standing in charge.

Fish, and animals of all kinds, do not have the luxury of such freedom, which cannot be forgotten.

With that in mind – choose wisely. And where possible – kindly.

Interested in gardening? Check out our article on Veganic Gardening!