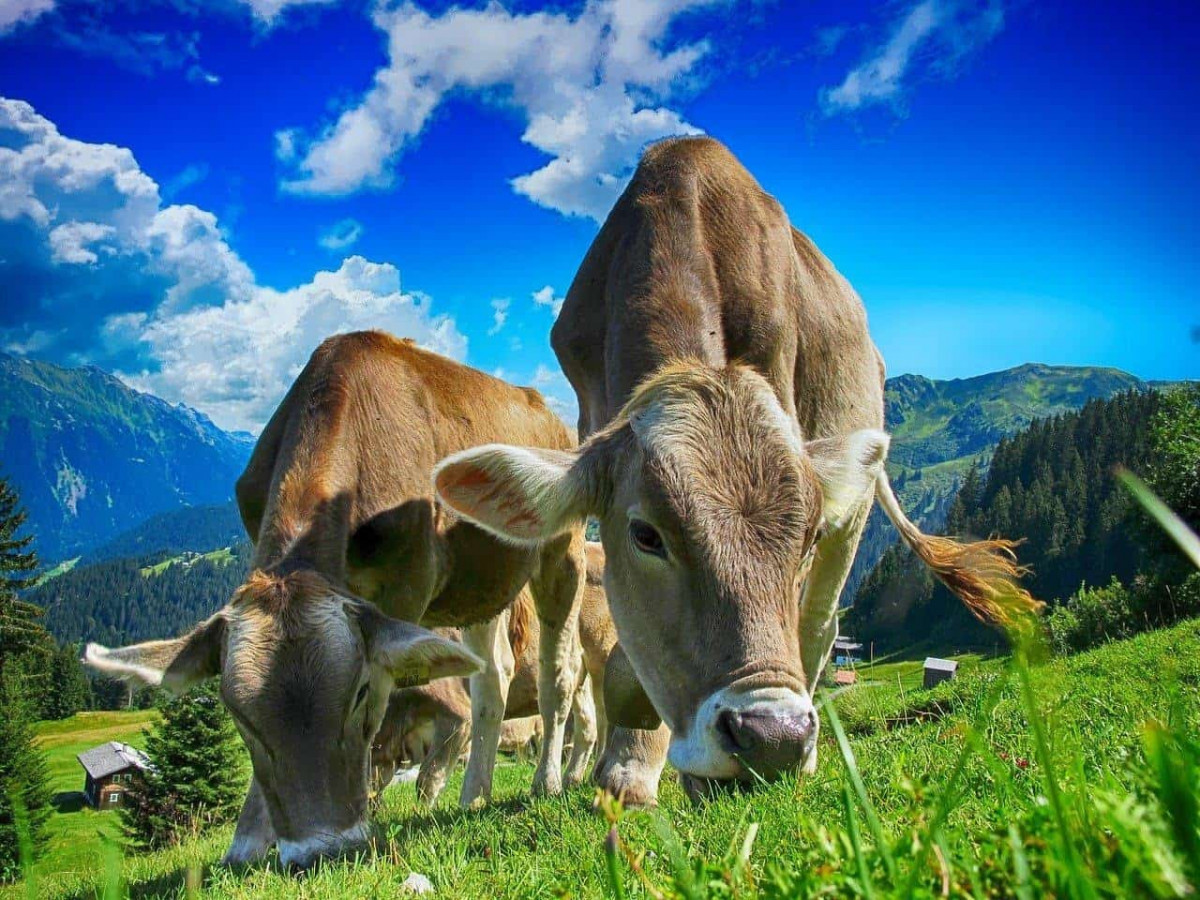 We are all aware of the alarming state our planet is in. The threat of environmental collapse is real and imminent. The dangers of climate change are clear to anyone who listens. Industrial expansion, transportation systems, and the development of technology are usually named as the main culprits for the current state of our environment.

So, the most mentioned ways of fighting climate change are investing in the green industry, alternative energy resources, more effective transportation methods, hybrid and electric cars, energy-efficient appliances, and so on. All demanding a significant investment and costing a lot of money both on an institutional and individual level.

The silver lining is that all of us, by going vegan for the environment, reducing our meat consumption, or, better yet going full vegan, we can contribute to the preservation of our planet. Both individually and with our families, we can help fight the negative effects of animal agriculture.

But one of the greatest, if not the greatest, threat to our environment is often, intentionally or not, under the radar. Meat production influences climate change in so many ways that we can easily consider it the main reason for environmental pollution. It impacts greenhouse gases emission, occupies a huge chunk of land, greatly increases water consumption and leads to the depletion of wildlife.

Meat production accounts for a staggering 18% of the total emission of greenhouse gases on Earth. To better understand how serious things are, think about this: It is higher than the emissions percentage of the entire transport systems in the world (13%). Also, consider the fact that a three-hour drive produces smaller emissions than those needed for two pounds of beef to get to your table. The devastating effect of carbon dioxide has on the ozone layer is well known. What you probably don’t know is that by removing meat and dairy products from your diet, you can prevent the emission of over 1.5 tons of CO2 into the atmosphere per year.

CO2 is not even the most dangerous gas that is the by-product of animal agriculture. Methane, released by livestock (especially cows) is one of the greatest contributors to global warming. Long-term, it is 20-100 times more damaging than carbon dioxide. With over 150 billion gallons of methane produced daily, it’s easy to see how the reduction of beef production would immediately help the planet. With the current level of consumption, methane emissions are projected to increase by 80% over the next 30 years.

With the rise of global warming, water (particularly drinking water) is becoming more and more scarce in a better part of the world. Over 4 billion people face water shortages for at least a month every year. Half a billion throughout the whole year. Animal agriculture is responsible for 80% of the world’s water consumption, 20-30% if we are talking strictly drinking water. An average cow requires up to 25 gallons of water a

It’s not hard to add two and two and recognize that livestock rearing is one of the main reasons behind water scarcity all over the planet. And, we haven’t even mentioned excessive amounts of water needed for the irrigation of the crops necessary for feeding.

Next time you go into the store, think of the fact that one pound of beef requires 2500 gallons of water to produce. It’s the equivalent of the two months of showering! Also, things are not much better when it comes to milk and cheese production. To put things into perspective, it takes about three times less water for the same quantity of pasta than it does to make the same amount of cheese.

Water consumption needed for meat production is just part of the problem. Water pollution is another unfortunate consequence of the mass manufacturing of animal products. 85% of the total fecal waste in the world comes from livestock. According, to PETA, corporate farms in the United States produce over 500 million tons of manure a year. A good part of it ends up in rivers and oceans.

Although they may not seem that connected, at first sight, oceans suffer greatly from animal agriculture. The poison in waterways, originating from herbicides, pesticides and artificial fertilizers, eventually finds its ways to the oceans. This creates so-called dead zones. They are large areas of oceans lacking in oxygen, thus making it basically uninhabitable for any living creatures. The largest dead zone in the world is the size of New Jersey and is located near Louisiana and Texas coasts. It’s not hard to figure out why. Add excessive fishing that’s been going on for years, to this equation and you’ll understand the dreadful prognosis that by the year 2050, our oceans may be fishless.

Fish are not the only ones endangered by large-scale meat production. UN estimates that over 1 million animal and plant species face extinction. Nowadays, not many of them are in danger due to being hunted for food. More often, species get become extinct due to the pollution of their natural habitat or its loss.

This is directly connected to the land consumption and deforestation motivated mostly by the needs of meat mass-production. Around 40% of land on the planet is used for food-producing, most of it to support the meat industry. And this is not counting for the ice-covered parts of the world. To continue with our beef-related comparisons, each burger is responsible for the destruction of 55 square feet of forest. Think about it next time you’re about to take a bite.

The land used to grow food for farm animals, and the land used for livestock itself accounts for 80% of total farmland in the world. Cow rearing occupies over 30 times more land than it takes to grow plant-based food. In a never-ending search for more land, forests are not spared either. Large parts of the Amazon rainforest have been cleared to make space for crops that serve as food for farm animals. Besides the obvious damages of deforestation, chopped trees, and their rotting remains release more carbon dioxide into the atmosphere, going vegan for the environment will allow animal agricultural farmland to be restored to a wild state.

So if we go vegan for the environment can we save the planet?

It can be an important step toward Earth’s recovery. It’s essential to understand that our environment is deteriorating before our very eyes and to decide to take steps to prevent it from happening. Choosing a plant-based diet over meat and other animal products is certainly the single most impactful way for an individual to do their part in saving our planet.